Over the last 8 years, the Hidden Wiki has been a hot topic and in the major news many times.

One example is The Verge writing about a big advertisement push of the Silk Road marketplace competitor Atlantis in 2013. 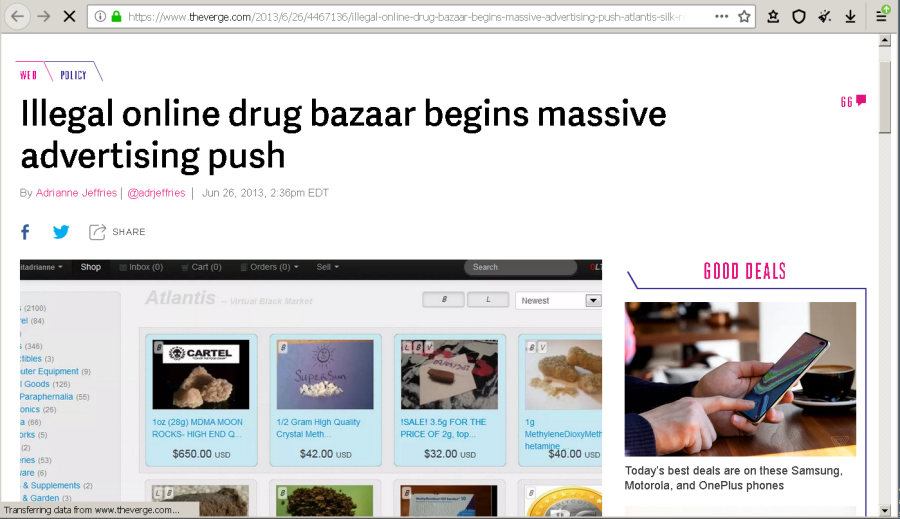 Atlantis market was trying to compete with the silk road. But since the silk road was already much bigger, they hard to turn to online advertisements and marketing.

They made videos and posted them on YouTube and also listed their link to the marketplace on many sites like the Hidden Wiki.

It was at a time when everyone was trying to get some of the dark web business. Many markets opened and got shut down only shortly later.

Some might say it was the good old days of the dark web, but then we think there are now more markets then ever in 2020.

But back then, everything was new for many people. And many were in a gold rush to become the next big dark web site like the silk road.

Arstechnica was writing an article about something that happened on the Hidden Wiki.

On the dark web hidden wiki someone with the name ServingJustice wrote:

“Can Ulbricht really be accused of running a drug-selling conspiracy when he (ALLEGEDLY) merely ran a website that made the narcotics sales possible? And can he be charged with money laundering when bitcoin doesn’t necessarily meet the requisite definition of money?’ According to Forrest’s latest ruling, yes and yes…

Justice is not being served, Ross Ulbricht is a hard-working honest man who is now a fall guy that the US government decided to choose because he had a large number of bitcoins, a currency they are doing everything in their power to make illegal.

Without further ado, fuck this stupid bitch and I hope some drug cartel that lost a lot of money with the seizure of silk road will murder this lady and her entire family.” 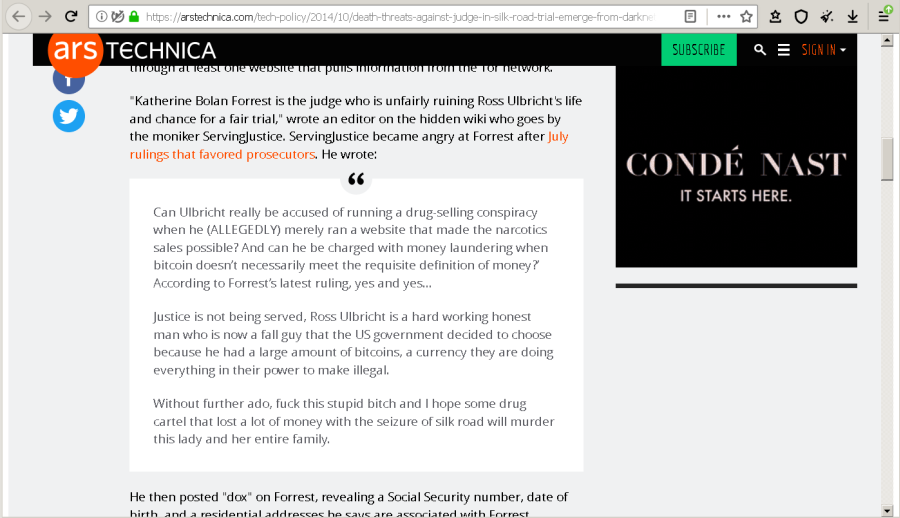 ServingJustice then continued and DOXED judge Forrest, who was working as a judge on the silk road case.

He released her personal information including SSN on a site called Doxbin on the Tor network.

For many news sites, the dark web and the Hidden Wiki are interesting topics to write about, and this is just one example of many.

There have been a lot of stories about hackers for hire or even contract killers for hire and also stories about the darker side of the dark web. The so-called hard candy and jailbait section on the uncensored hidden wiki on the darknet.

And we are sure that in the future there will be many more. Link Suggestions For Hidden.Wiki